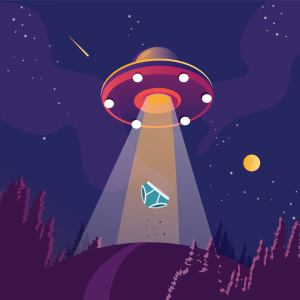 To understand the ways
of alien beings is hard,
and I’ve never worked it out
why they landed in my backyard.

And I’ve always wondered why
on their journey from the stars,
these aliens stole my underpants
and took them back to Mars.

They came on a Monday night
when the weekend wash had been done,
pegged out on the line
to be dried by the morning sun.

Mrs. Driver from next door
was a witness at the scene
when aliens snatched my underpants—
I’m glad that they were clean!

It seems they were quite choosy
as nothing else was taken.
Do aliens wear underpants
or were they just mistaken?

I think I have a theory
as to what they wanted them for,
they needed to block off a draught
blowing in through the spacecraft door.

Or maybe some Mars museum
wanted items brought back from Space.
Just think, my pair of Y-fronts
displayed in their own glass case.

And on the label beneath
would be written where they got ’em
and how such funny underwear
once covered an Earthling’s bottom!

Copyright © 2017. All Rights Reserved. From Lost Magic: The Very Best of Brian Moses. Pan Macmillan. Reprinted by permission of the author.

From Lost Magic: The Very Best of Brian Moses 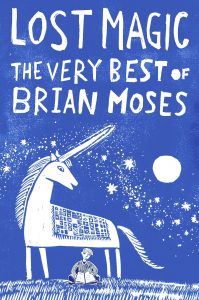 A beautiful hardback collection of the very best poems by Brian Moses. Includes ‘Walking with My Iguana,’ ‘The Lost Angels,’ ‘Aliens Stole My Underpants,’ ‘Behind the Staffroom Door,’ ‘Lost Magic,’ ‘The Sssnake Hotel,’ ‘A Feather from an Angel,’ ‘Cakes in the Staffroom,’ and many, many more. 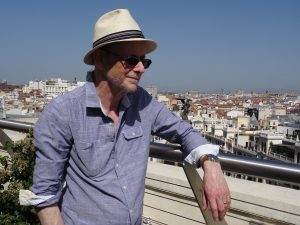 Brian Moses has been labelled ‘one of Britain’s favourite children’s poets’ by the National Poetry Archive. He has worked as a professional poet since 1988 and continues to perform his poetry and percussion shows in schools, libraries, theatres and festivals around the UK and abroad. He was asked by CBBC to write a poem for the Queen’s 80th Birthday, invited by Prince Charles to speak at the Prince’s Summer conference at Cambridge University and has been a keynote speaker at literacy conferences in London & Madrid. He has written or edited over 200 books including Lost Magic: The Very Best of Brian Moses.

His latest books are: Walking With My Iguana, Dragons’ Wood, and I Thought I Heard a Tree Sneeze. Over 1 million copies of Brian’s poetry books and anthologies have been sold by Macmillan.

Other Books by Brian Moses 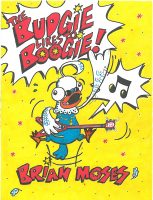