I Went to the Barber 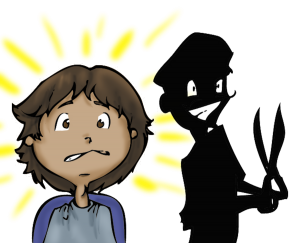 I went to the barber.
He cut off my hair,
which would have been great,
but he didn’t stop there.

I jumped in my seat
causing several more slips;
he cut off my nose
and my cheeks and my lips.

With one final slip-up
he cut off my head,
and that is the reason
I ended up dead.

So kids, if your dad tells you,
“You need a trim,”
just pull out this poem
and show it to him.

As soon as he reads this,
I’m willing to bet,
that that’s the last haircut
that you’ll ever get.

Copyright © 2009. All Rights Reserved. From My Hippo Has the Hiccups: and Other Poems I Totally Made Up. Sourcebooks Jabberwocky. Illustration by Rafael Domingos. Reprinted by permission of the author.

From My Hippo Has the Hiccups: and Other Poems I Totally Made Up 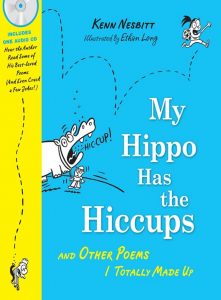 Kenn Nesbitt’s hilarious poetry is adored by kids. They just can’t get enough of the great beats, wonderful imagery, and good ol’ belly laughs his poetry contains! With over a hundred poems included, My Hippo Has the Hiccups is a laugh-out-loud good time. The audio CD features lots of the great poem readings and zany humor that make Kenn one of the most widely sought school speakers in the country. 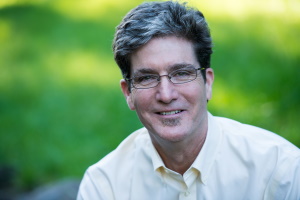 Former Children’s Poet Laureate (2013-15) Kenn Nesbitt is the author of many books for kids, including Kiss, Kiss Good Night, My Hippo Has the Hiccups, My Cat Knows Karate, and many others. His poems have appeared in numerous bestselling anthologies, including every book in the popular Kids Pick the Funniest Poems series, and anthologies with nearly two million copies in print. His work has been published in hundreds of school textbooks around the world, as well as national television programs, and numerous children’s magazines. Kenn travels the world, visiting more than 60 schools each year, sharing his wacky brand of poetry with kids everywhere, and helping to create a new generation of poetry lovers. His website, poetry4kids.com, is the most visited children’s poetry website on the Internet.

Other Books by Kenn Nesbitt