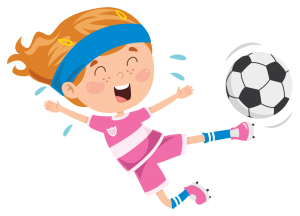 Kevin kicks with all his might
and though the ball stays put,
his sneaker sails across the fiedl
to land near Roger’s foot.

Roger starts to kick the shoe.
And soon poor Kevin’s crying.
Katie gives the ball a kick
and sends that ball a-flying.

Billy brown is looking down.
He sees a four-leaf clover.
Billy wants to pick the plant,
and that’s why he bends over.

We see the ball bounce off his bum
and then sail toward the goal.
The goalie gets confused.
We watch him stop then drop and roll.

The other team lets out a cheer
and our team starts to scream
as Billy’s bottom scores a goal
for the other team.

Copyright © 2007. All Rights Reserved. From I'm Allergic to School: Funny Poems and Songs About School. Meadowbrook Press. Reprinted by permission of the author.

From I'm Allergic to School: Funny Poems and Songs About School 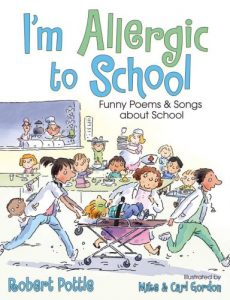 This book contains 18 hilarious poems and songs about the funnier-than-fiction misadventures that occur every day at school, such as ripping pants on the playground, stapling shirts to shoelaces in art class, having embarrassing “accidents” at the kindergarten concert, and scoring unlikely game-winning soccer goals. Pottle has performed these poems in schools from coast to coast, so it’s no surprise they passed Meadowbrook Press’s poetry panel testing with flying colors. The four-color illustrations by Mike and Carl Gordon that accompany each poem/song are equally entertaining and giggle-packed! 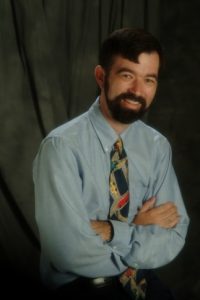 Robert Pottle is an awarding winning poet who has been widely anthologized. He has performed his humorous poetry at schools across the United States and as far away as Guam. He also provides professional development for educators at national level conferences. In addition to publishing his humorous and sometimes irreverent poetry, Robert has also published articles, which take themselves way too seriously, in academic journals for educators.