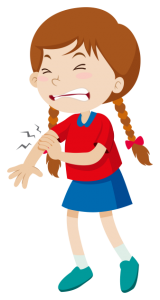 Suzy banged her elbow,
Samantha skinned her knee,
Jamie tore her sweatshirt,
Inez fell from a tree,
Harry got a bee sting,
and Aaron ran away.
Now you know why schools have
just one recess a day.

In 1998, Bruce Lansky of Meadowbrook Press asked me to submit two poems with school settings for inclusion in a book called No More Homework! No More Tests! The catch was, he needed them in three days since the book was due at the printers. I spent the entire weekend writing a poem called Gym Jam about a child who hates to exercise. Desperate for a second poem, I came up with the idea of listing kids and inventing something that happened to each one on the playground. As a teacher, I was all too familiar with the parade to the nurse’s office that often followed recess. The rhymes came easily and I sent the two poems off in an email, confident that Gym Jam would be selected. Instead, Recess made the cut. Later, it was chosen by the great Jack Prelutsky for a booklet called We Love it Here at School. Scholastic printed 200,000 copies to give to second graders to mark the opening of school. “Recess” was also included in the fourth grade English textbook in Singapore’s public schools. Gym Jam has yet to be published. 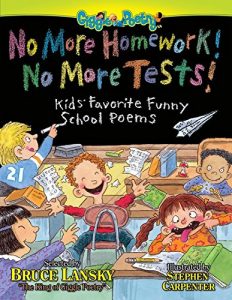 No More Homework! No More Tests! includes the funniest poems about school ever collected in one book. These hilarious poems were written by a number of poets, including Shel Silverstein, Jack Prelutsky, David L. Harrison, Colin McNaughton, Carol Diggory Shields, Kalli Dakos, and Bruce Lansky. Sillier than a teacher with hiccups, funnier than toilet paper stuck to the bottom of the principal’s shoe, it is certain to have readers laughing by the first page. This book puts the cool back in school and makes students WANT to write and read poetry. 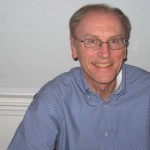 Timothy Tocher is the author of five, sports themed books for middle grade readers. He writes short stories, poems, and nonfiction articles for all ages. His poems for children have been published in England, Ireland, Germany, and Singapore.