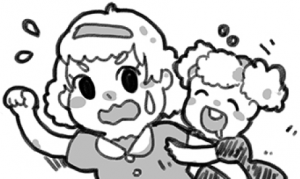 My dear loving mother, | write you this letter
In hope that our future together is better.
The problem’s much worse than a rash or a blister.
As surely you know, it is Laurie, my sister.
She entered our home, | was never consulted.
In all of these years only bad has resulted.
I’m minding my business, she gets me in trouble.
You’re shopping for snacks and the bill’s always double.
I’m certain that no one but Laurie’s enjoying
The fact that she’s loud and extremely annoying.
You say that this summer we’ll travel the nation.
We need a solution before our vacation.
The job must be done and it’s yours for the doing,
So take care of Laurie, or mother,
I’m suing!