He loves to catch bullfrogs.
He mutilates flowers.
He sleeps in his underwear.
Never takes showers.

He belches whenever
He drinks ginger ale.
Please tell everybody:
My brother’s for sale.

Twenty-five dollars,
As cheap as can be.
On second thought,
You can just
Have him for free!

From Spider: The Magazine for Children. Cricket Media. Reprinted by permission of the author.

“Brother For Sale” is a fun little poem I wrote in the form of an advertisement. It includes descriptive language about the brother’s looks and behavior. By the end of the poem, it’s clear how the narrator feels. This poem has nothing to do with my own brother.

From Spider: The Magazine for Children 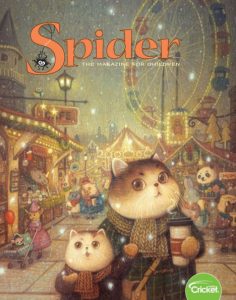 Specially written for that magical age when children first get excited about reading on their own, SPIDER Magazine is filled with fantasy and adventure stories by celebrated authors, folk tales, nonfiction, poems, activities, and illustrations by famous children’s artists. 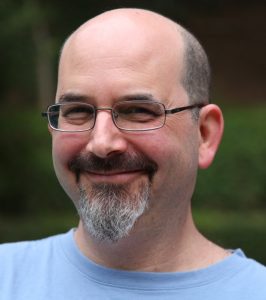 Neal Levin has written poems for a wide variety of children’s magazines including Highlights, Ladybug, Spider, Fun For Kidz, Humpty Dumpty, Mad Kids, and Pockets. His work has also been published in over a dozen poetry anthologies including Caroline Kennedy’s Poems To Learn By Heart (Disney/Hyperion) and Kenn Nesbitt’s One Minute Till Bedtime (Little, Brown).