I Think There’s a Monster Under My Bed! 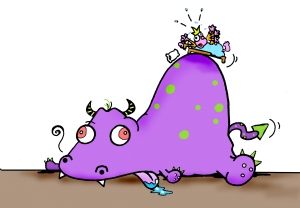 I think there’s a monster under my bed!
It started off just as a hunch
But now I’m wondering, “Should I tell someone?”
Before I end up as its lunch

The could be a monster under my bed!
Should I inform the authorities at once?
What if I’m wrong and the army came out?
I could end up looking like a dunce

Is that a monster under my bed?
I’m about 88% certain
I swear I just saw a large head pop out
And nibble a bit of the curtain

I’m convinced there’s a monster under my bed!
The reason that I am now sure
Is that when I got out of bed today
I fell fifteen feet to the floor…

Copyright © 2010. All Rights Reserved. From Never Give a Duck a Pen. Caboodle Books. Illustration by Chris White. Reprinted by permission of the author.

From Never Give a Duck a Pen 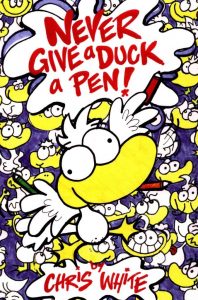 This is Chris White at his very best–a mad journey through the past ten years of Chris’ favorite poems, such as “Bitey The Veggie Vampire” and “Never Put Curry Up Your Nose.” Whatever Chris writes, his unique sense of humor seems to hit the funny bone every time. Children of all nationalities and cultures seem to have one thing in common–they all like to laugh! Chris White is the king of the belly laugh–you have been warned! 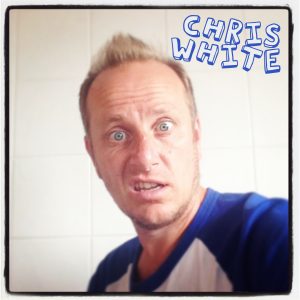 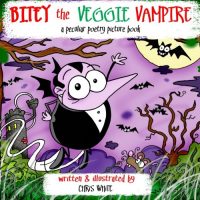