My Feet They Haul Me ‘Round the House 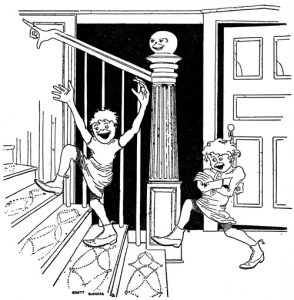 My Feet they haul me ’round the House;
They hoist me up the Stairs;
I only have to steer them and
They ride me everywheres.

From The Purple Cow. Reprinted by permission of the author.

From The Purple Cow 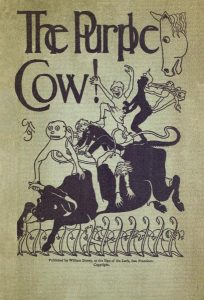 A collection of humorous poems, nonsense verse and illustrations by Gelett Burgess, including his most well-known poem of all, “The Purple Cow.” 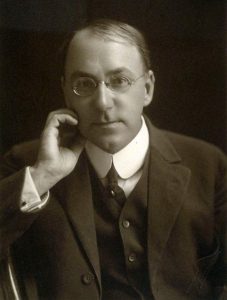 Gelett Burgess was an American artist, art critic, poet, author, and humorist who lived from 1866 to 1951. He is best known as a writer of nonsense verse, such as “The Purple Cow,” and for introducing French modern art to the United States in an essay titled The Wild Men of Paris. He was the author of the popular Goops books, and he coined the term “blurb.”

Other Books by Gelett Burgess