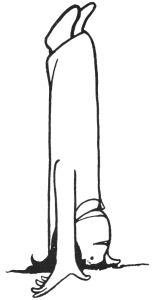 Nathan Nobb,
Oh, what a job!
Always walked on his head;
His mother would sob
To his brother Bob,
And his father took to his bed.

They made him a boot
His head to suit,
But a horrible thing must be said,—
His hair took root,
And began to shoot,
One day, in the garden bed!

So there he stands
With the help of his hands
And a little support from his nose:
The gardener man,
With the watering-can,
Says, “Gracious, how fast he grows!”

From Lilliput Lyrics. John Lane. Illustration by Charles Robinson. Reprinted by permission of the author. 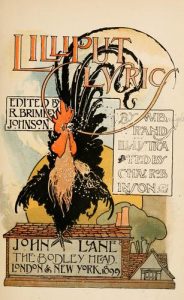 These are poems for children, with whom Rands was always at his best, and have been chosen in remembrance of their tastes and understandings. These verses have been selected from “Lilliput Levee,” 1868, and from W. B. Rands’ numerous contributions to magazines. 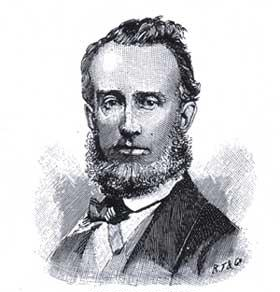 Born in 1823, William Brighty Rands was a British writer and one of the major authors of nursery rhymes in the Victorian era. He also wrote under pseudonyms, including Matthew Browne, Henry Holbeach, and T. Talker.